It’s International Women’s Day, and we’re thinking of those women who throughout history who have inspired us. Here are a few of the shining stars! 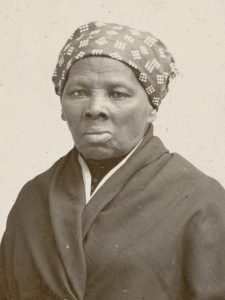 On International Woman’s Day, when asked about a historical woman I greatly admire, my very first thought was of Harriet Tubman, who escaped slavery and went on to help dozens of other slaves escape and find freedom in the northern US and Canada.

She was a disabled Black woman, devoutly religious, and she put her life on the line again and again to lead her people out of slavery, which earned her the nickname “Moses.”

In addition to that, she worked for the Union Army during the Civil War, as a cook, nurse, scout, and spy, was an active suffragette, and ultimately lived to be around 90 years old. She’s an astounding woman. ~ Michelle Pierce

On International Woman’s Day, my first thought is Annie Oakley. That was one tough woman. She showed skill and kept a cool head in a thriving career back when men were the only sharpshooters. Super cool. ~ Caleb Guerrero

“Aim at high mark and you will hit it. No, not the first time, not the second time, and maybe not the third. But keep on aiming and keep on shooting for only practice will make you perfect. Finally, you’ll hit the bulls-eye of success.” ~ Annie Oakley 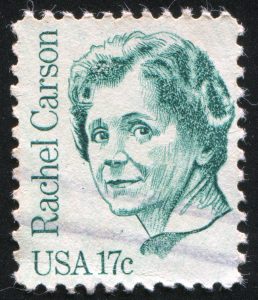 Rachel Carson was an American marine biologist, author, and conservationist who helped launch the modern environmental movement. During the 1950s, Carson researched the adverse environmental effects of pesticides and published her findings in her most influential work, Silent Spring (1962).

Her book led to a nationwide ban on DDT and the formation of the U.S. Environmental Protection Agency. It awakened concern about the environment among the American public. ~ Faith Parks