Michelle’s 30-Second Guide to the Apostrophe 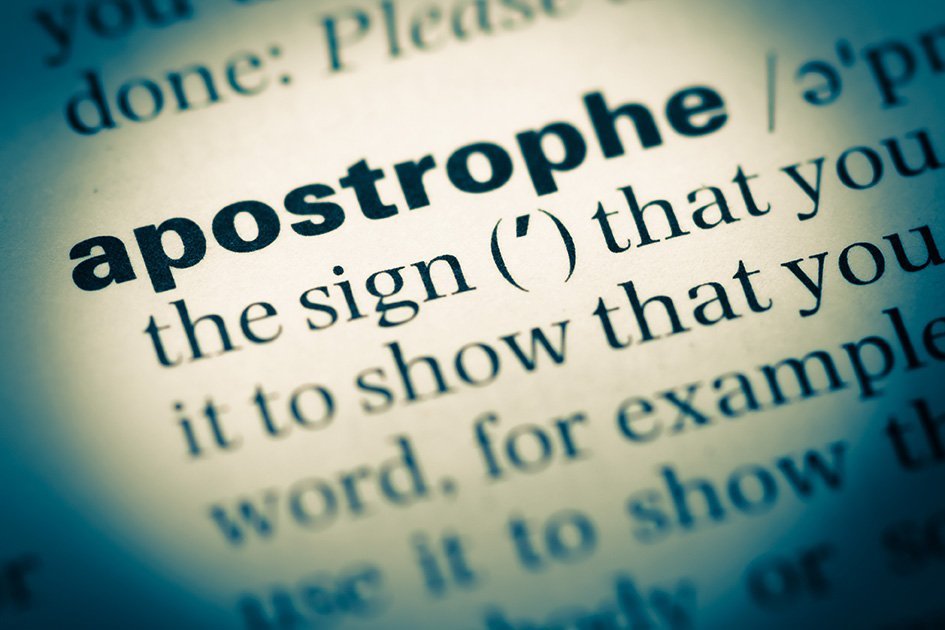 “Am I the only one distracted by apostrophes and weird quoting?”
–Seth Godin

For whatever reason, the correct use of apostrophes seems to baffle otherwise intelligent people. They may be a certifiable genius with a 175 IQ, but the apostrophe concept eludes them. Unfortunately, little mistakes like this can make you look stupid, and when you’re trying to make a first impression on somebody, that’s generally not a trait you want to convey.

And so, we bring you your 30-Second Guide to the Apostrophe.

Apostrophes have pretty much two uses:

That’s it. That’s all they do. They do not make a word plural. They have not ever made a word plural. The only things they make plural, according to my handy-dandy AP Stylebook, are single letters. For example, listing grades on a report card:

Let’s review, shall we?

To see if you’re using our friend the apostrophe correctly, just take some time to think about what you’re writing, as you would when deciding between “your” and “you’re”. Is the word a possessive or a plural? Does it own something, or is it simply more than one of something?

If it’s a plural, leave off the apostrophe. That’s all there is to it.

Don’t have the time to edit yourself? That’s what we’re here for. Contact us!